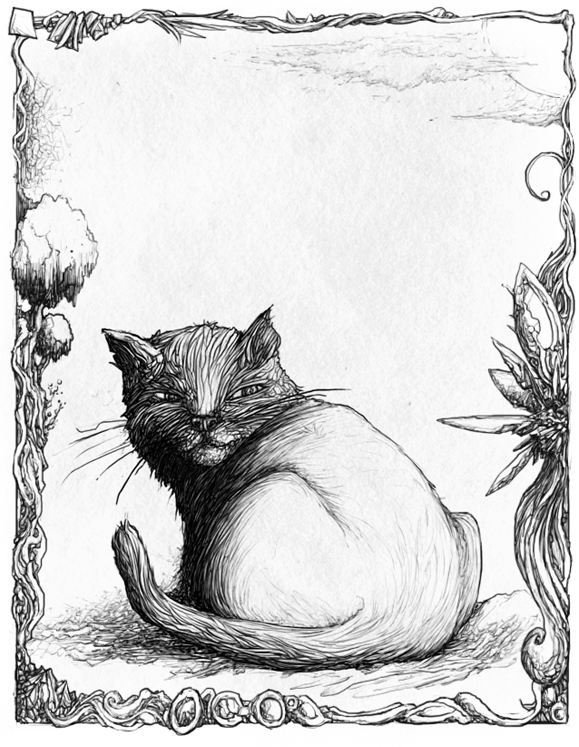 He sat and stared at the distant window, restlessly looking to and  fro. His crying almost inaudible to human ears. He waited in hopes of catching a glimpse of life from inside. His meal dotted with snow, he huddled over it, trembling, attempting to finish it, not knowing if this was to be his last. His hollow stomach quickly  filled, he continued to gorge himself, knowing survival was all that mattered. He glanced around in haste, perking up his ears at every noise. An owl hooted in the distance, as if to warn him of a nearby thief. Breaking the ice with his frozen hand, he watched the freezing water rush by. His tongue, swollen like a dry, hot sponge  touched the cold, icy wetness, waking him out of his stupor. A stray dog bounded toward him. He knew her well. The neighborhood ruffian, who would leap at the chance to rip a small animal  to shreds. She had the nose of a bloodhound and the heart of a lion. But he was faster, or at least he hoped so. Suddenly, while he lapped at the creek, she stopped in her tracks as his scent hit her nose. His heart skipped a beat as he watched her fur bristle, her low growl starting to resonate through the creek bed. He knew this was it. The time he had been waiting for. The time to run like a gazelle in the wilds of . He gulped a quick breath before racing through the trees, leaving her barking at the wind.

He imagined himself going to a sweet young thing, snuggling in the night. Quickly, he wiped the image from his mind. He had many friends that had been caught in that net and he liked his freedom. He was a wildcat, after all. He really didn't understand what all the fuss was about. Of course, the warmth of a cuddle would make his nights more pleasant. But, was it really all it was cracked up to be? He thought not. Being on his own had its perks. As he shook off the cold damp night, he continued to talk to himself. Going solo he could come and go as he pleased, not answering to anyone. He liked that sort of thing. Being his own boss, so to speak. Maybe someday he would think differently, if the right sort of gal came along. But at this stage of the game, he was the Lone Ranger. Who needs Tanto anyway? He surely didn't. Life was complicated enough, without worrying about a sidekick, anyhow. Food was hard enough to come by. Why worry about splitting it with another hungry beggar? No sirree... Not in your life. Not if he could help it. At least not for now.... maybe someday. He stopped to catch his breath and sit for a spell. He had survived.... again.

In the days and nights that followed, the temperatures rose and fell like the notes in a carousel song. Dreaming of the soon-to-be spring, he slept. In what must have been a week's time, he slowly came to. As if to awaken from a foggy coma, he saw a bright, warm light. He let it shine on him and warm his being. He could see it through the slits of his eyes, so bright, so warm and beautiful. He slowly stretched and opened his eyes to the sound of  baby birds piercing his ears. Spring had finally come, in all her glory.